Curt Hull is the Project Director at Climate Change Connections (climatechangeconnection.org), where he has worked for 13 years. He holds a BSc. in Electrical Engineering, a BSc. in Zoology, and a Certificate in Adult and Continuing Education. Curt is an avid practitioner and advocate of self-propelled transportation.

As a young man, Curt was mostly interested in himself. He travelled extensively and had many rich experiences. But after having a daughter of his own, his focus changed from himself to his daughter, and later, his two sons. Then he saw the 2006 movie about global warming, An Inconvenient Truth. It was a profound revelation and motivator. Within 8 months of seeing the movie he was working full time on climate change.  His concern for the environment has grown even more now that he has grandchildren. 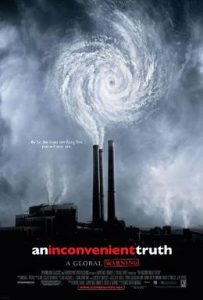 2018 was a record year for emissions. The last five years have been the hottest on record (Pakistan hit 51.1C on June 2, 2019). We are rapidly losing both Arctic and glacial ice (1/3 of Earth’s population gets the majority of its water from glaciers). Hurricanes are increasing in both frequency and severity (e.g. Philippines, Nov. 2013).

Weather is what is happening now.
Climate is the trend of weather over time.

Looking at Earth’s last 800,000 years reveals a natural cycle of ice ages followed by warmer periods. Serbian climatologist Milutin Milanković (1879 – 1958) linked such fluctuations to variations in the earth’s position relative to the sun. A full Milankovitch cycle takes 112,000 years. We are currently in a warm period. Before, the natural tendency was to cool down.

Earth’s atmosphere is about equivalent to a coating of varnish on a basketball. When we started burning fossil fuels, we began to release more carbon dioxide (CO2) into our atmosphere, contributing to the so-called Greenhouse Effect.  Most of the radiation that reaches us from the sun is normally reflected back from the earth’s surface.  But the 100 million tons of greenhouse gases we emit every day, such as CO2, absorb infrared radiation, trapping heat. And that CO2 remains in the atmosphere a long time. The pollution from driving your car to this meeting, for example, will still be up there ten years from now.

This body of the United Nations produces reports that synthesize recent scientific studies for policy development.  One such report notes that, by 2017, our atmosphere had already warmed approximately 1 degree Celsius above pre-industrial levels. And the IPCC projects that we will reach the crucial threshold of 1.5 degrees Celsius, and catastrophe, as early as 2030. To not rise above that threshold, we need to reach “net zero” emissions by 2050. This may require the extraction of carbon dioxide from the atmosphere, which we do not yet know how to do. (Check out the IPCC website at rrc-hg.ca/go/ipcc/ for more information.)

By 2050, our grandchildren will be working adults. But awareness is growing. Greta Thunberg started her climate strikes in August 2018.  By the time she came to Winnipeg in September  of 2019, twelve to fifteen thousand people attended her event at the Legislative Building.

Manitoba’s Churchill rail line depends on the frozen ground for its infrastructure.  The line has heaved in various places due to warming, and the uneven tracks force trains to travel very slowly. Each year, Manitoba must rebuild 2,400 km of winter roads. The winter season is getting shorter, on average, and less dependable.

Syria’s severe prolonged drought between 2006 and 2010 turned 60% of its fertile land into desert, killing 80% of the livestock. Unable to feed themselves, millions had to move off the land, abandoning their homes to cities and refugee camps. This added social tension to the political unrest that led to civil war, forcing people to move to Turkey, Cyprus and Europe. Reaching a breaking point, Britain decided to leave the EU so it would not have to take in any more refugees.

There are 7 billion people on the planet. Climate change leads to conflicts and pressure.  We will soon feel this economically in Manitoba.

Pests are expanding their range:  by the 2030’s, conditions in northern Ontario will be favourable for malaria-carrying mosquitoes.

When the Assiniboine River flooded Brandon in June of 2011, the Portage Diversion was fully opened. Water diverted into Lake Manitoba caused the flooding of Lake St. Martin.  Lake St. Martin families could not return home until 2016. The Assiniboine River again overflowed its banks in 2014. Fuel and other contaminants picked up by these floodwaters flow into lake Winnipeg.

Ironically, the extra heat that evaporates water from the ocean also pulls moisture more quickly from the soil. This results in wetter winters and dryer summers.

We should build and have the ability to meet basic needs without fossil fuels.  Food needs to be produced without diesel-powered machines, shelter without natural gas, transportation without gas and diesel.

Shift from importing to producing ourselves: The foods you find at the S. Osborne Farmer’s market should be in supermarkets. Other alternatives such as Small Farms MB allow you to connect with small-scale producers who sell directly to their customers. Local food must also be grown without synthetic fertilizers. One solution is regenerative agriculture using composting. A prime example is The Forks, western Canada’s largest urban composter.

Move to more energy-efficient buildings: Near Gimli is a house (passivhaus) that is the first in Manitoba to be built to the Passive House Standard. Heating it in the coldest of winter requires less energy than a four-slice toaster. B.C. is way ahead in this area.

Change our energy sources for heating: In Otterburn, Providence College‘s super efficient water-glycol boilers and biomass heating system have reduced its heating emissions by more than two-thirds. In Lac Brochet, the Northlands Dënesųłiné First Nation has also moved to a biomass heating system from burning diesel. The system burns wood-chips from locally harvested fire-kill wood. Harvesting a mere ten percent of the areas dead trees can satisfy their needs for 200 years. And the wood burns at such high temperatures that greenhouse-gas emissions are greatly reduced. Heat from its water-glycol boiler flows through an underground district energy loop. In addition, the system integrates biomass and geothermal.  Latent energy from below the surface can provide heat in winter, and cooling in summer.

Don’t own a car: Active transportation: Curt bikes through all four seasons. Car share: Millenials don’t feel a connection to the car; its not an expression of their identity. Public transportation: where buses are electric, buses last longer, are more reliable, release fewer emissions.

Electric cars: Costs for fossil-fuel-powered cars are going up; costs for electrical cars are coming down. Mainstream battery-powered cars are projected to achieve cost parity with fuel-efficient cars by 2023-24. Service centres make money on servicing internal-combustion vehicles. Electric cars have no belts, no oxygen sensors, do not require oil changes. On the down-side, more charging stations are needed; cold weather can reduce their range by half; the majority uses them for short distances (an average commute is 6 kms); they use lithium ion batteries (lithium is abundant in the earth and recyclable, though no infrastructure to do this yet).

Self driving cars:  In Canada you have to have a hand on the wheel or the car beeps.

Investment in oil companies right now is not a good idea. We need to steer our ship away from the iceberg.  If our economy is dependent on fossil fuels, then we need to seize the opportunity to move to something else.