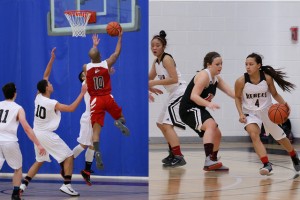 The men were able to beat a pesky Providence College in their final, 65-53. Led by tournament MVP Evan Walker and his twenty points, the Rebels maintained an almost perfect record throughout the year, finishing at 16-1. Lloyd Hildebrand was named regular season MVP for the MCAC, along with teammate Taylor Brown, who received an All-Star nod.